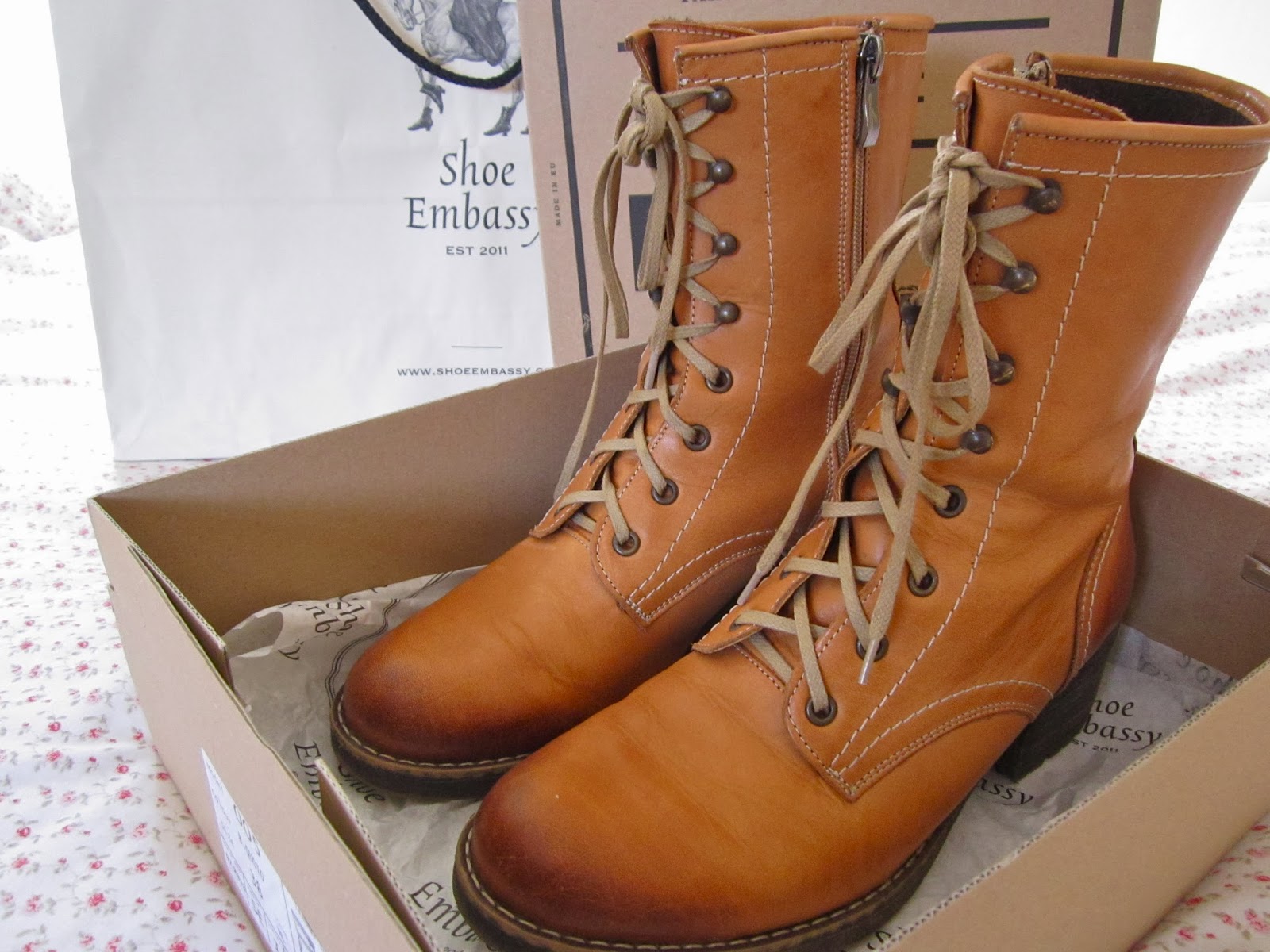 For my last Birthday my parents said they wanted to buy me some new boots as my old sweet hearts were simply dying. I didn't have a single pair of shoes that would keep my feet dry, and when living in London that's a necessity. So I went on an epically long hunt for new black boots. I looked in Topshop, Clarks, Dune, the list goes on. I just couldn't find exactly what I was looking for. In the end I went for the same pair of boots my sister owns, Steve Madden's Troopa. I was happy with my choice, but I found I had to go through about 4 different boots before I found a pair without a flaw, it took me about a month. It was a long process, and now after only a few months they are already starting to fall apart. My heart is slightly broken. So that was the boot situation until I stumbled upon these beauties while at the Greenwich Market one afternoon. I had actually seen these boots before when looking for my new black boots, but they weren't on my radar (as they are brown) and the black version look a bit too combat for my taste!

I saw these boots and fell in love. I am not one for impulse buying, but for these boots I made an exception! 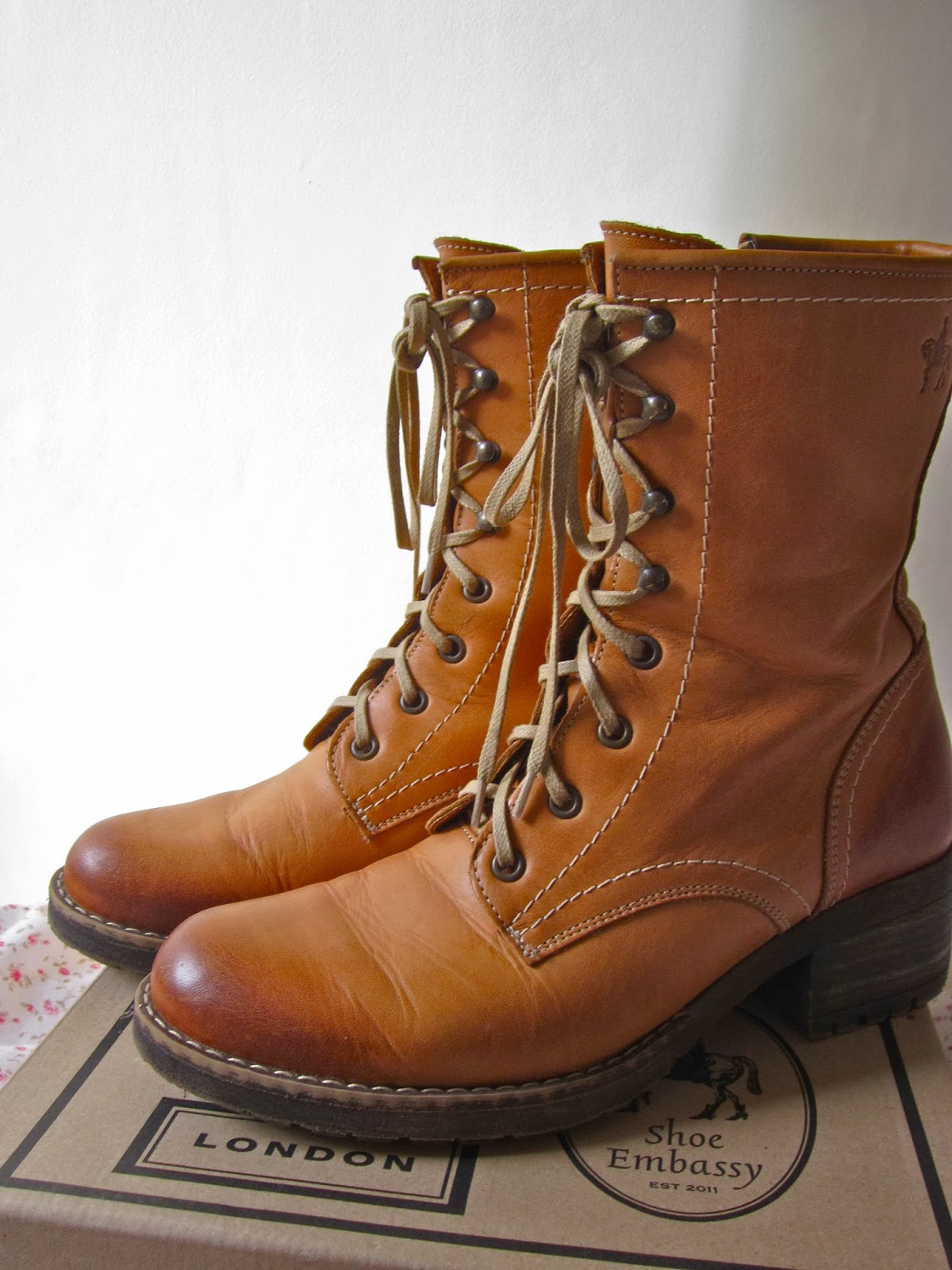 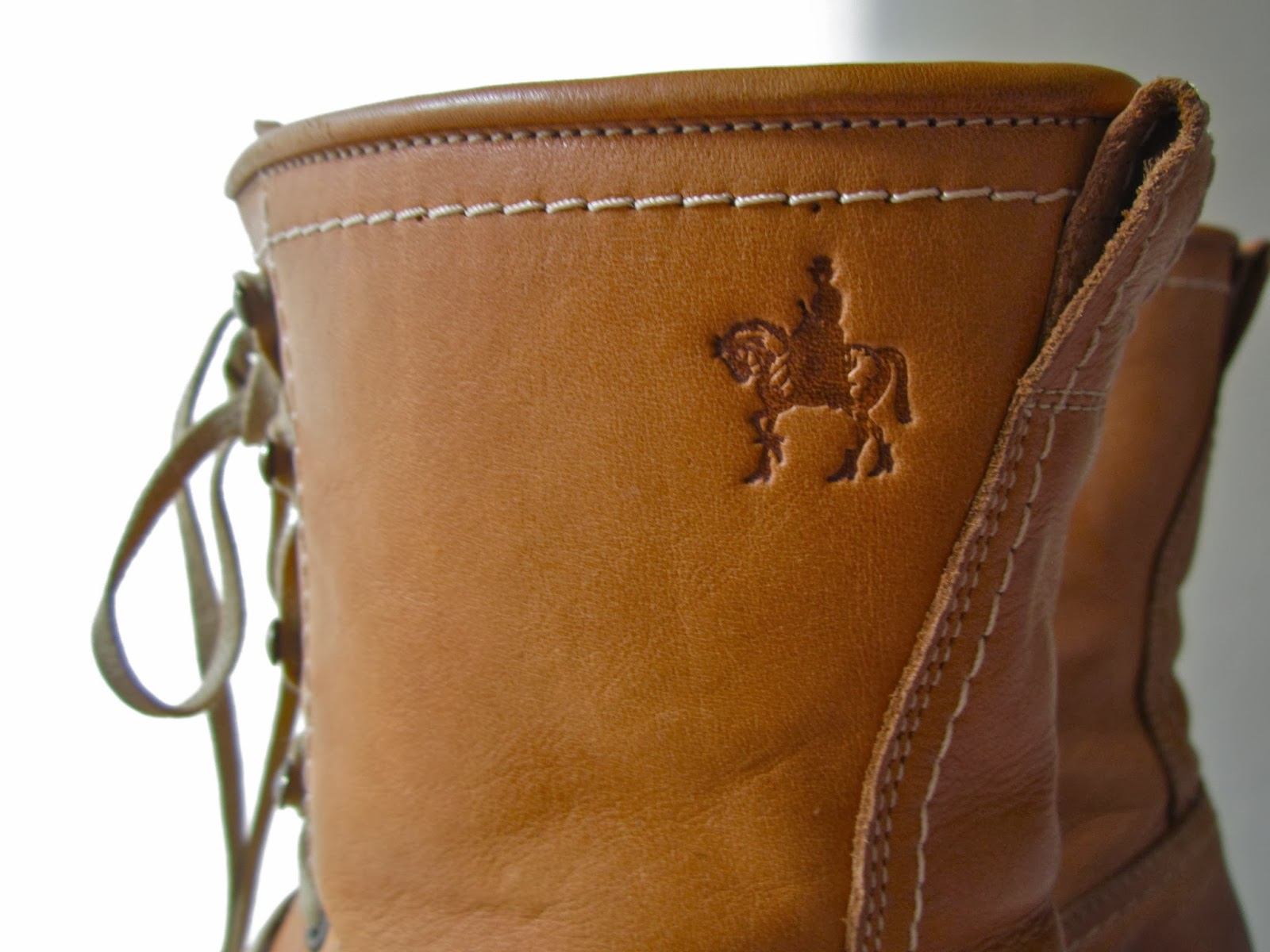 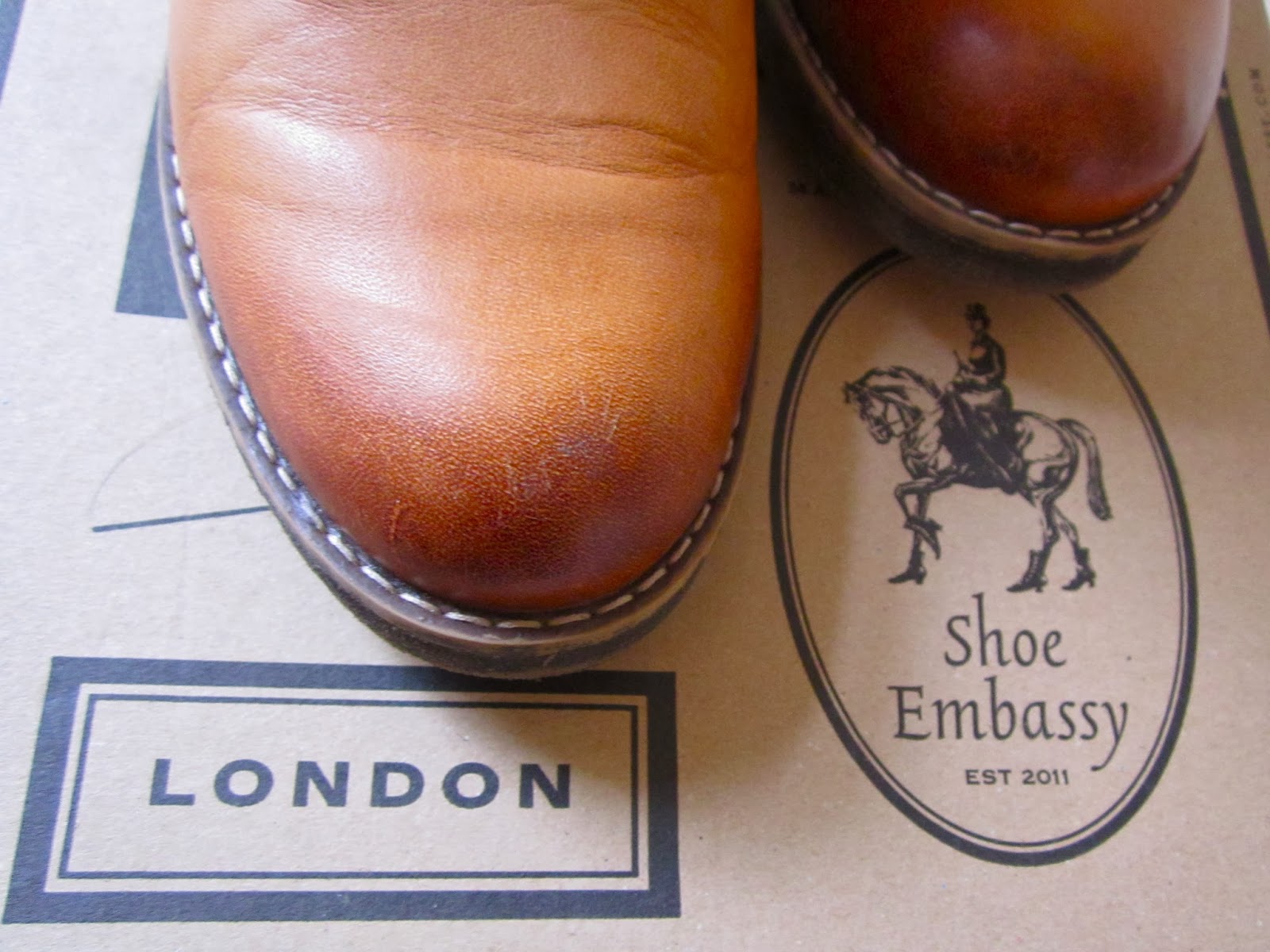 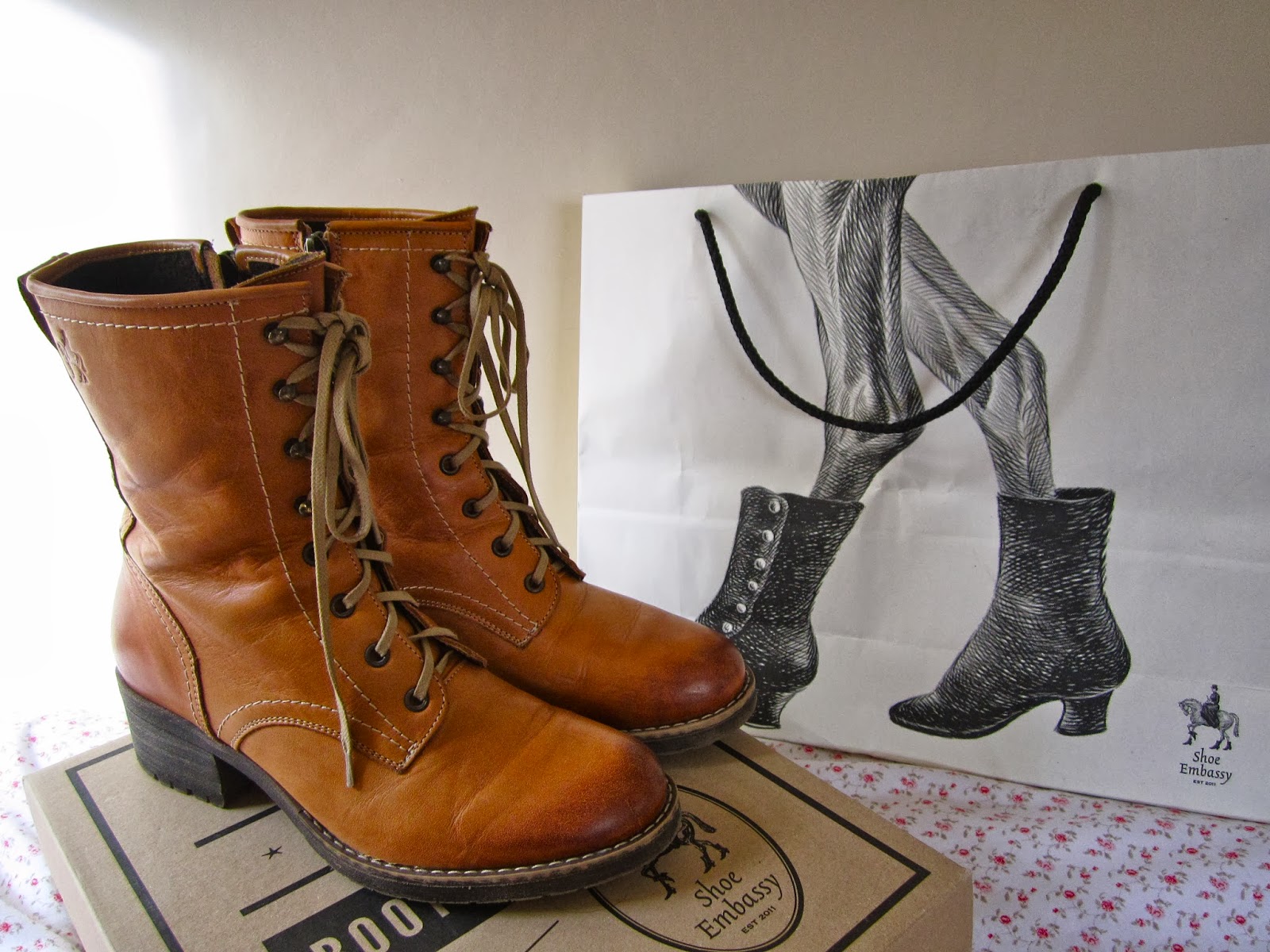 So I could pretty much gush about these boots for hours. I love the heel height, the light wool lining that keeps your feet at the perfect temperature. Another thing about these boots in comparison to my Steve Maddens was that I barely had to break them in, it felt like they were made just for me. I was slightly unsure of my colour choice at first, as they also have this lovely reddish brown that I liked. But after wearing them out once, I knew I had made the right choice! I'll be posting some outfit pictures with them soon!

Just to note these pictures where taken after a few weeks of being worn.

Make sure you check out the Shoe Embassy! They have such a great collection of vintage inspired shoes, boots and heels. I wish I could buy more pairs before going back to Canada!
Let me know what you think!